Ramen master Masamoto Ueda and his wife Kazuko have run their tiny Tokyo ramen shop, Bizentei for more than forty years. Scores of devoted customers have joined them in creating an intimate place of community there. On the weekends, they venture together across the lush Japanese countryside. They harvest gourmet pears and dig up bamboo shoots and wild mountain yams. But nothing lasts forever. Everyone knows the master must retire someday. So they resolve to make the best of what time remains – to cherish this special place, and this soul-nourishing food, before it is gone forever.

One of the sweetest and most enjoyable films of the year. It will restore your faith in humanity.

Come Back Anytime is about how food is a repeating invitation to share life and its pleasures and sorrows. This is a gentle film that will make your mouth water with its cinematography. It’s not about social issues or grand stories of accomplishment. It’s simply a portrait of the ways that food can define the person that cooks it and the person that eats it and unite the two in something that would not be possible without the food in the first place.

Come Back Anytime provides a glimpse into Japanese food, but also its culture and aesthetics. The pleasures of the film include not just anecdotes by devoted customers and up-close cooking processes but, surprisingly, the tools of the trade… Ueda’s work ethic and stamina are an inspiration. Convivial yet unpretentious, his personality is as much a part of his success as the comfort food he provides. And there is no lack of mouthwatering close-ups that will have audiences anticipating their next meal. 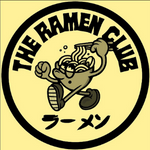 About The Ramen Club

The Ramen Club started out as an obsession with ramen – specifically, as a journey to try all the ramen in Vancouver.

Carlo, the mastermind behind The Ramen Club, started his ramen journey several years ago when he trained at a couple of Vancouver’s more famous ramen shops.

He became confident enough in his own ramen-making skills that he started bringing his ramen to pop-ups around the city, making appearances at Between 2 Buns, The Pie Shoppe, and Kulinarya Filipino Eatery.

After popping up around the city for about a year, with styles like Hiroshima Tsukumen and Karashibi Miso Ramen, The Ramen Club now has a space of its own inside the Olympic Village Bao Down location.

In Japanese with English subtitles